Thoughts for the Soul

In light of current electioneering, this month’s Thoughts are adapted from Richard Rohr’s reflections on faith and the public sphere, published on July 8 & 9, 2018 as Daily Meditations from the Center for Action & Contemplation.

Go down to the palace of the king and declare, “Do what is just and right. Rescue from the hand of the oppressor the one who has been robbed. Do no wrong or violence to the foreigner, the orphan, or the widow, and do not shed innocent blood in this place.” —Jeremiah 22:1,3

There is nothing more tragic in the modern world than the misuse of power and action . . . —Thomas Merton

The primary role of religion and spirituality is to reconnect, which is the meaning of the Latin word religio. The Greek word polis — which led to the word politics — simply means city or public forum, where people come together. Why have religion and politics become so antagonistic when they have similar goals?

The Hebrew prophets and Jesus clearly modeled engagement with both faith and the public forum. However, unlike its Jewish forbears, Christianity in its first two thousand years has kept its morality mostly private, personal, and heaven-bound with very few direct implications for our collective economic, social, or political life.

Politics and religion remained in two different realms, unless religion was uniting with empires. Christianity looked to Rome and Constantinople for imperial protection; little did we realize the price we would eventually pay for such a compromise with Gospel values.

Separation of church and state is important to safeguard the freedom of religion and ensure that governments are not dominated by a single religion’s interests. But that does not mean people of faith should not participate in politics.

Today many believe that “inner work” is the purview of spirituality and that we should leave the “outer world” to politicians, scientists, businesses, and workers. Most of the negative feedback I receive is “Don’t get political!” Yet how can we read the Bible and stay out of politics?

Again and Again (approximately 2,000 times!) Scripture calls for justice for the poor. The Gospel is very clear in its emphasis on sharing resources and caring for those in need.

Like it or not, politics (civil engagement) is one of our primary means of addressing poverty and other justice issues.

I am not talking about partisan politics here, but simply connecting the inner world with the outer world. As a result of our either/or thinking, the word “partisan” has come to be synonymous with the word “political.”

To be a person of faith is to connect the inner and outer worlds.

In the United States’ not-so-distant past, Christians were at the forefront of political and justice movements to abolish slavery, support women’s suffrage, protect civil rights, and establish and maintain Social Security, Medicare, and Medicaid.

There is no such thing as being non-political. To say nothing is to say this: The status quo, even if it is massively unjust and deceitful, is apparently okay. 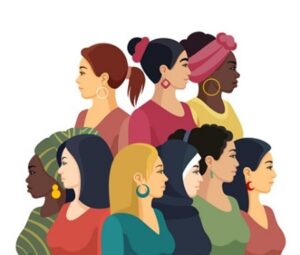 The silence of many Christians is used to legitimize the United States’ obsession with weapons, its war against the poor, Israel’s clear abuse of Palestine, politicians who are “pro-life” on the issue of abortion but almost nothing else, the de facto slavery of mass incarceration, and on and on.

As humans we can’t help but be political whether we recognize it or not, so let’s learn how to participate in the public forum as God’s image and likeness!

Over the years, I’ve met many social activists who were advocating for crucial justice issues, but they were still largely living out of their false self with the need to win and look good — and defeat “the enemy.” They might have the answer, but they are not themselves the answer.

In fact, they are part of the problem because they still trust in power over love.

The Left usually has the gift of critical thinking, but that very mind is often too negative and arrogant. It doesn’t know how to collaborate in a non-partisan way.

In its idealism, the Left often becomes ideological and individualistic — problem-solvers more than long-term rebuilders, viewing everything only as either/or choices. Liberals are seldom faithful to any lasting community. Thus, they become something other than Love.

The Right, on the other hand, idolizes anything that preserves its own privilege and status quo, but often neglects to ask, “Is this bearing any fruit for other?”

Conservatives confuse their private order with universal order, confusing order itself with the Reign of God (this despite both Jesus’ and Paul’s clear dismissal of the law as having redemptive power).

Nor do they see that the law and order they invoke is usually highly self-serving. The conservative gods are normally personal security and well-being. The Right — even most conservative “Christians” — considers calls to universal love naïve, ridiculous, and even dangerous . . . .

In spite of these challenges, I am encouraged to see many of my Christian, Jewish, Muslim, and Buddhist brothers and sisters actively engaged with the political realm, speaking truth to power, and holding our political leaders accountable. Being political is a basic civic, human, and spiritual duty.